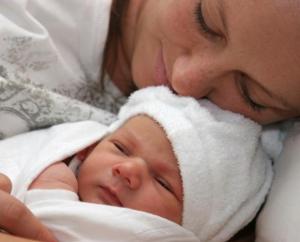 A Mum enjoying her lunch in a popular Brighton café was last week vilified by fellow diners who described her breast-feeding her baby daughter as ‘very unpleasant’.  The group made up of predominately middle-aged women continued with their verbal assault leaving Mum, Claire Jones Hughes in tears and visibly shaken until other customers came to her aid.

Claire commented ‘I felt extremely vulnerable, despite the support of another customer. I had been publicly bullied and intimated for doing something as natural as feeding my baby. It was shocking and upsetting’.

Management at Brighton’s ‘Wai kika Moo Kau’ café were swift to reassure Jones-Hughes that nursing mums were very welcome and that the behaviour of the group in question had been unacceptable. There remains however a lack of general awareness re public-breastfeeding and the law – it is in fact illegal to prevent mums breast-feeding in public and equally, women are not obliged by law to be ‘discreet’ or to ‘cover up’ although most choose to do so. The reality is however that throughout the UK, many nursing mums can encounter significant prejudice when feeding their babies in public places.

‘There is an assumption that Brighton is generally seen as a very tolerant, broadminded community but as this (and previous) unpleasant episode shows, nowhere is safe from such bigotry. We actively promote breast feeding at all our events as one of my greatest concerns is the impact an unprovoked attack like this could have. For a new mum, lacking in confidence, maybe suffering from post natal depression or a mum struggling to successfully feed, comments like this could be the trigger to stop them nursing altogether’

Such has been the support for Claire and the right of mums to publically breast-feed however that Brightonmums.com, the online hub for parents in Brighton and Hove are hosting the UK’s first ‘Breast- Feeding Flash Mob’ on Thursday 15 in central Brighton at 1300 hours. Nursing mums and supporters of mum’s rights to publically feed are invited to join this celebration of breast-feeding and motherhood with the aim to send a strong, positive message to mums, babies and the wider community.