Lack of product knowledge could lead to long term liver damage in children. Only a quarter (27%) of parents surveyed say they know which medicinal products for children do or do not contain Paracetamol. 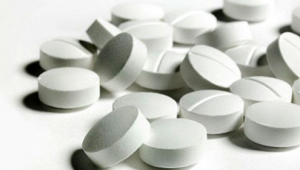 New research released today by the Royal Pharmaceutical Society (RPS), reveals that in some cases, up to two thirds of parents are unaware that commonly used products such as Disprol (68%), Medised (79%) and Medinol (76%) contain paracetamol. Additionally, with many of these products being used to treat ailments that they have no proven effect on, there is a danger that some children could be suffering long term liver damage through paracetamol misuse.

The survey revealed only 27% of parents know which products they are aware of for children contain paracetamol. And althoughparents are mostly using products containing paracetamol correctly for a number of conditions in young children aged 12 or under – including teething pains (70%), fever (80%) and stomach pains (29%) – the findings also show that some parents are using these same products to treat ailments which paracetamol has no effect on, such as coughs, runny noses, travel sickness and over-tiredness.

Whilst taking paracetamol at the recommended dose and frequency is safe, misuse or incorrect dosage could lead to health problems for children, and in some cases, to accidental overdose – which is even more concerning, as the survey also revealed that only a third (33%) of parents said they were aware of the symptoms connected to an accidental overdose of paracetamol.

This lack of awareness on which products contain paracetamol – along with, in many cases, confusion amongst parents on what is the safe dose of paracetamol for children – has led to the Royal Pharmaceutical Society to urge all parents seek advice from a healthcare professional or pharmacist on the correct use of paracetamol products for young children and also learn of some of the potential dangers and symptoms of accidental paracetamol overdose.