Old Scores Are Settled On And Off The Pitch…

On And Off The Pitch… 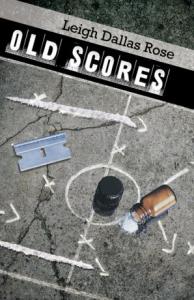 The murky underworld that lurks beneath top-flight football.

The ins and outs of top-flight football don’t come much more exciting than this.

Paul Breakwell may be a gifted player, but he lacks ambition and direction and looks as if he’s stuck in a Sunday parks team. That is until he meets Nigel, washed out, washed up and down on his luck – but with an eye for the game and the ability to spot potential. Once jailed for fraud, Nigel now rediscovers his own passion for the beautiful game while igniting Paul’s, and sets about making his discovery of football’s latest hot property.

For Paul and his wife Carly things seem to go from strength to strength – new jobs and exciting prospects with local on-the-up club Barrowcliffe, more money, a new car and an expensive big house in footballers’ row. It’s as though all their dreams have come true; but are things ever quite that good for real?

While they enjoy fast-paced football matches and a meteoric rise up the leagues, Paul, Carly and Nigel uncover scandal after seedy scandal underneath the club’s cover. What really goes on behind closed doors across the road at club owner Billy’s house? Why has former player Stan Page reared his ugly head again? And what do they do when the answers leave them fighting for their lives?

Leigh Rose, originally from Derby, combined a career as a PE teacher with roles at several top-flight football clubs, including coaching and scouting for Southampton, Reading and Derby County. He lives with his family in Belper, on the edge of the Peak District.