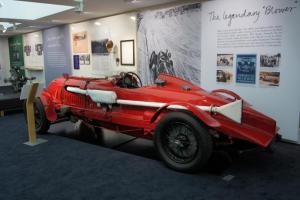 (Crewe and Goodwood, 29 June 2012) Just 35 miles away from the fabled Brooklands race circuit where it astonished thousands of spectators eight decades ago by sprinting its way into the record books, Sir Henry ‘Tim’ Birkin’s dramatic 4 ½ Litre Supercharged ‘Blower’ single seat racing machine returned to record-breaking form by reaching a sale price of £4.5 million when auctioned by Bonhams at the Goodwood Festival of Speed today. 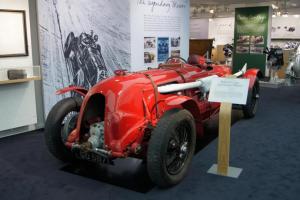 This new world-best for Birkin’s striking 240bhp supercharged red racer now outstrips the previous record by a Bentley at auction when the Speed Six known as ‘Old No 2’ achieved £2.8 million at the Le Mans Classic in 2004.

At its racing zenith and with the famously fearless and dashing ex-fighter pilot and Le Mans winner Birkin behind the wheel, this unique Bentley was one of the undoubted stars of the high-risk Outer Circuit at Brooklands.

In March 1932 Birkin set a record 137.96mph (219.93kmh) at Brooklands, a feat even a man renowned for pushing back the limits in motor sport would describe as hair-raising: “there are bumps which jolt the driver up and down in his seat and make the car leave the road and travel through the air,” said Birkin.

Commenting on the exploits of Birkin and his 4 ½ litre at Brooklands, Richard Charlesworth, Bentley’s Director of VIP and Royal Relations comments:

“Birkin along with his Bentley racing friends like Woolf Barnato, Dudley Benjafield and Glen Kidston were true sporting superstars, renowned not only for their driving ability and courage but living life to the full and in some considerable style. They would create the enduring legend of the Bentley Boy racer at Brooklands and Le Mans and this new record price for a Bentley achieved by Bonhams reflects the enduring respect and admiration for their story and their cars.”